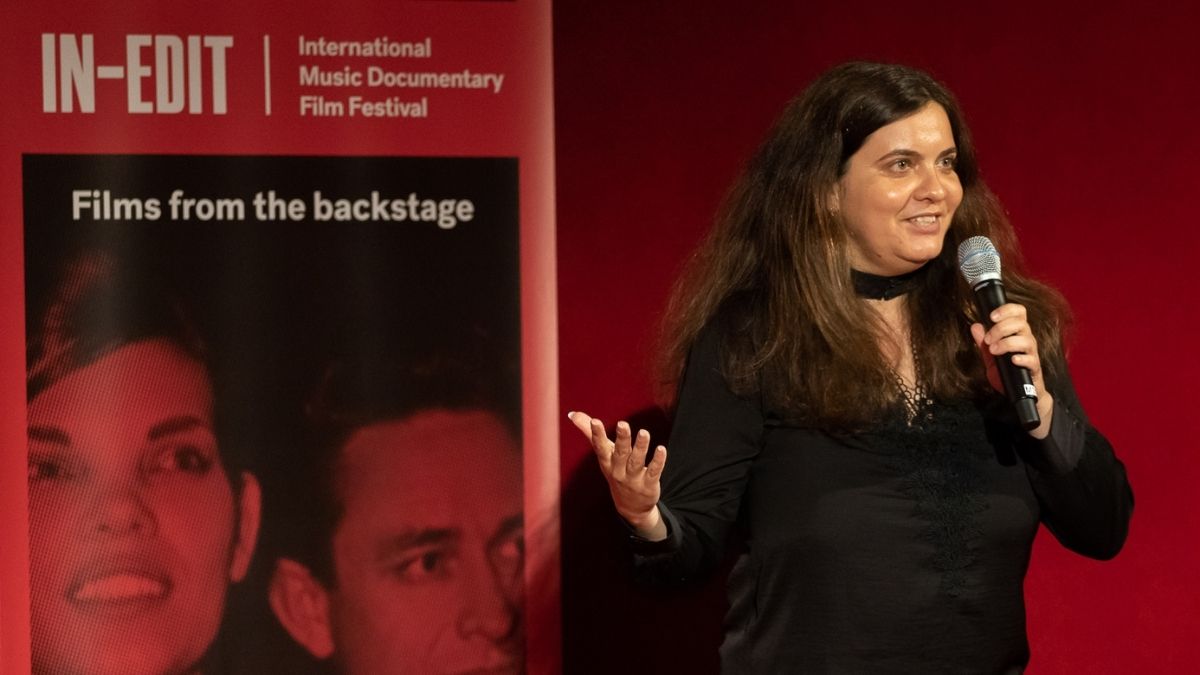 Smack my PITCH up! The Pitch Sessions is part of the IN-EDIT NL Industry Meetings, where we invite young filmmakers to pitch their music documentary projects in front of selected advisors, IN-EDIT ambassadors and audiences. After a feedback round, there will be a winning pitch. Finalists will receive a workshop with a coach in preparation. The winning pitch will secure a place in next year’s IN-EDIT festival and a 500 Euro Cash Prize!

With submissions for 2022 Smack my PITCH up! The Pitch Sessions still open, we caught up with last year’s winner, Gabriela Forfota to explain a bit about her experience at the competition and the current status of her most interesting film project. 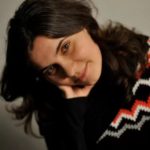 At what stage of the production was your film when you entered the pitch contest?
I already had a rough cut based on my original idea to follow a Romanian folk musician in the backstage, but I realised I had to dig deeper and find a more personal angle to the story. I presented for the first time at the IN-EDIT pitch the new version of the story that is driven by me going back to Romania to meet again with the world of folk music.

Can you tell us a little about your film?
The idea to make it came to me after I left Romania and moved to the Netherlands more than ten years ago. I come from a small town and I grew up with folk music, which at the time was very much part of my life. Me and some of my friends had guitars and during student times we were playing in pubs or in some concert halls. Singing on stage felt frightening and amazing at the same time. Back then I met a few established singer-writers whose music I listened to throughout my youth. I was intrigued to see them in person so close, simple and unglamorous. 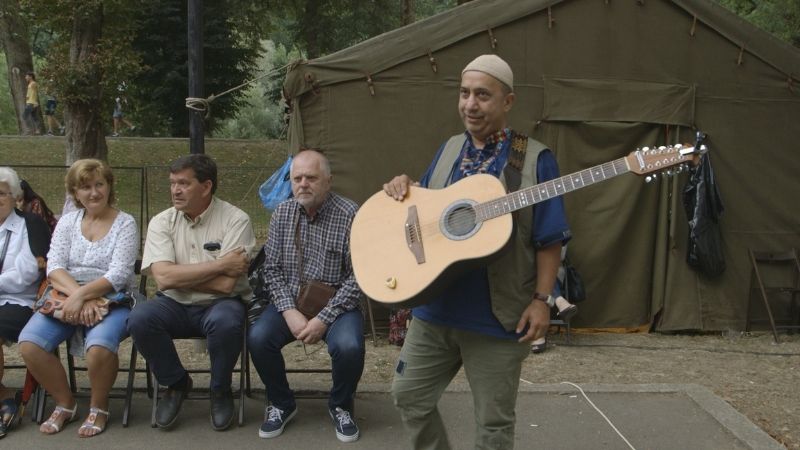 The film is my journey back to this world and to a musical path that I haven’t really accomplished. The film is also a realisation of how little I knew about this music genre and attempts to understand more about its evolution in Romania. Folk is a music genre that was quite popular over a few decades in my country and was really big during communism. Lots of people connect to it still, but its peak time has passed. The film is a search for personal reconciliation with the folk music stage, but also an encounter with a historically complex music genre that I am trying to know more about.

What was your experience like at the pitch event last year? What were you hoping to get out of it? What did you get out of it?
The pitch event was a really good opportunity to see how an audience reacts to the film idea. I liked that the day started with pitch training and we got to work on our presentation with a coach-it was a short but efficient way of preparing for the pitch. I didn’t really have a certain expectation and tried to go with the flow. At the Q&A there were different questions about the narrative and format of the film and some of them were harder to answer, given that the film narrative was still quite open. I really liked the interaction with the panel and I was happy to have those conversations and use the comments and questions to reflect on my project. The questions stayed with me and ultimately made me look deeper into what I am trying to make. 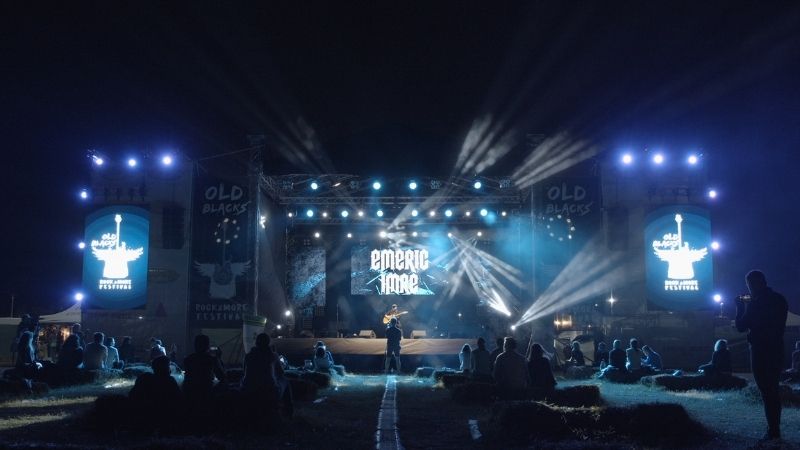 How has winning the pitch event helped your film?
It motivated me to go on with the project despite some challenges.

Finally, what is the status of the film now? Has its narrative changed at all over the production?
The film is still in production. I had some more filming days in Romania last summer. The main thing that changed is that I want to focus more on my town and how folk music is still perceived today there, as a starting point for the film. I would also like to have a few more Romanian artists telling about their past on the folk stage. Lastly, I am still trying to get hold of film archive and I am hoping to be soon in a position to have some material to work with.