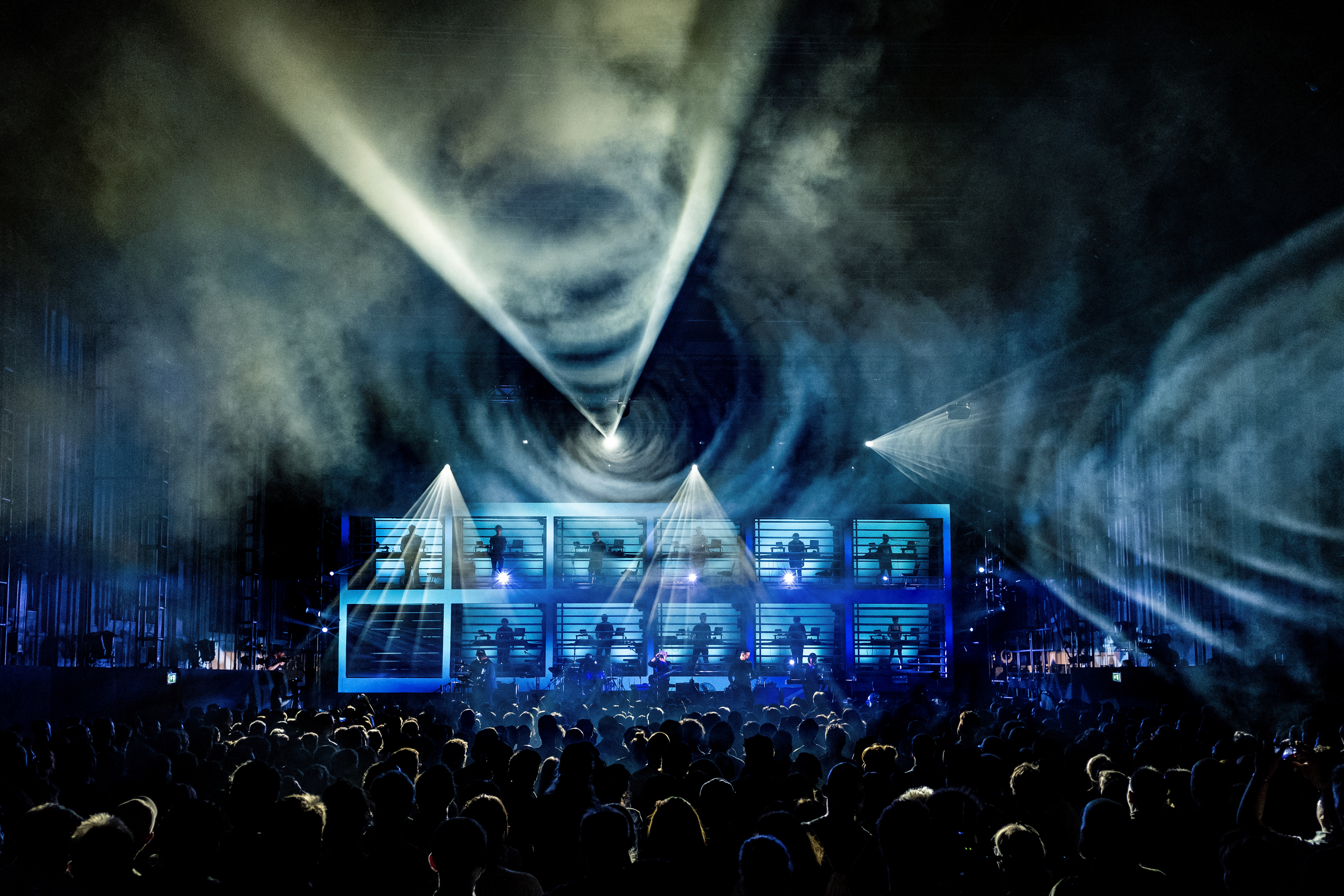 “What this project is, it’s not about nostalgia, we are trying to work at what can be done now. We’re trying not to look backwards, I think.” Liam Gillick, artist of the “So It Goes” New Order show.

This phrase can probably be applied to the whole “New Order: Decades” documentary. Although there’s a lot of discussion about New Order and Joy Division, their influence on the music scene and their history, this is always done as a comparison to the present. That’s what makes this film so great. It’s not another biographical documentary. Those have already been done with Joy Division (2007) and New Order Story (1993) anyway. It’s more an exploration of what the band is all about today, and how the past has shaped them.

The spine of the film is the band’s innovative live performance in Vienna in 2018. “So It Goes” was a show created for the Manchester International Festival in 2017, a festival that supports “think outside the box” acts. New Order had the idea of playing a live concert including one extra member: a “synth orchestra”, compiled of 12 students from the Royal Northern College of Music, one of the greatest music education establishments based in Manchester. And as if this musical surprise was not enough, the artist Liam Gillick was summoned to design and construct the visuals of the performance.

The result is absolutely captivating. Listening to tracks like “Plastic” or “Sub-Culture” in a different arrangement while admiring the structure of boxes that contain each individual synth player, with lights and more surprises that we won’t reveal, is an extraordinary experience.

We can only be jealous of the people that could actually witness this live performance at one of the three times it happened overall (Manchester, Turin and Vienna). During the film, the parts of the performance are integrated into the narration, providing some thinking space, time to take it all in and get yourself ready to move on to the next chapter.

And the chapters are many. Starting with a bit of band history, moving on to the difficult process of choosing the songs for the Manchester performance, rearranging the musical compositions for the synth orchestra, talking about the technical difficulties and the artistry behind the set. But the documentary goes even further, touching upon the history of the music scene of Manchester and how New Order might be the driving force behind its rise to fame. Every new subject is introduced in such an organic way, always coming back to the “So It Goes” performance, rehearsals and behind the scenes, peaking with a moving final performance of “Decades”.

Part documentary – part live performance, “New Order: Decades” is a film that’s not only targeted to the band’s fandom. It’s a film about art, about daring to explore and stepping outside of your comfort zone. And it’s of course a film that will have you rocking your head back and forth in sync with the performance, even if this is the first time you’re hearing the songs.

After its Dutch Premiere at the IN-EDIT preview at Melkweg Amsterdam on the 20th of February, you can catch the next screening of “Decades” at the festival in May at Het Ketelhuis!