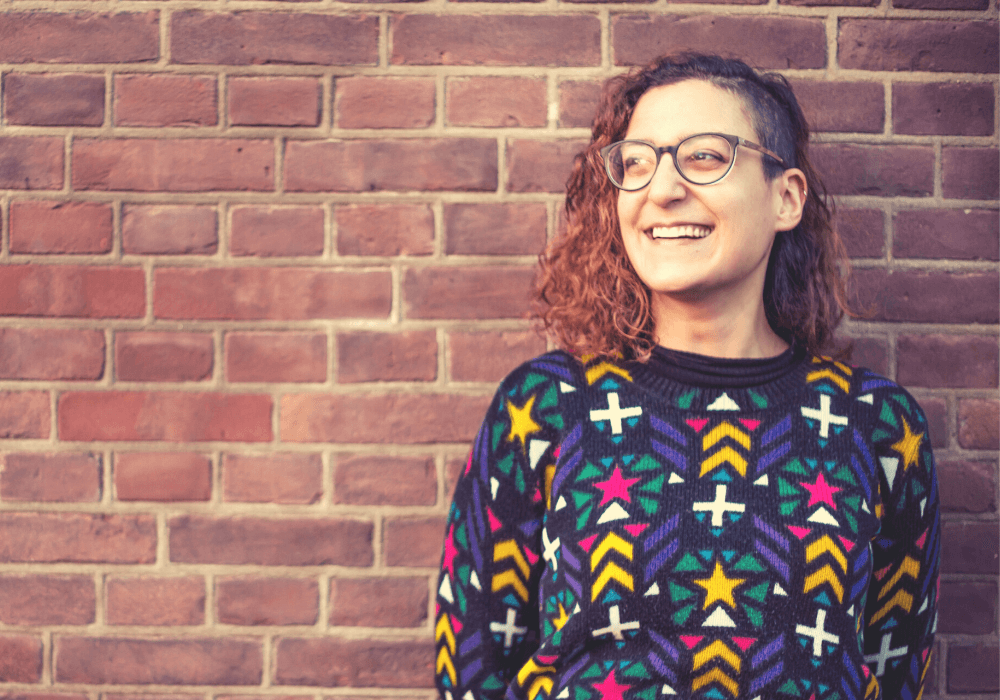 Film and music are LIFE. I wrote two theses on the relationship of music and film and I still remember Carla approaching me when she found out about my research and thought I would be a great addition to the In-Edit team. For the first two editions, I was in charge of organizing the Industry Meetings (the professional part of our festival), and I recently transitioned to Communications for the Industry Meetings and doing the In-Edit Newsletter.

When someone asks what kind of music I like, I find it impossible to answer. I guess the same can be said about any one of my fellow In-Editors. But what binds us together is not our common taste in music (or the lack thereof!) but our passion for the art of music documentaries. A music documentary is not so much about what sort of music you like, but more about the art of the music documentary itself – about how the narrative is formed, the storyline, the direction, the information shared, the aesthetics of it. Does it keep you on your toes? Does it inspire you? Do you stay up at night thinking about it?

We’ve been lucky enough to host a series of amazing documentaries over the last two editions. My personal favorites were probably Studio 54: The Documentary, screened last year at In-Edit (and sold-out!), and Snuggs: My Life Story, the life story of the Madness frontman, narrated by the man himself. Other than the In-Edit selections, here are my three favorite music documentaries in no particular order.

It’s definitely one of these documentaries that divided people, both in terms of its footage selection (and the sensitive issue of having a look at Cobain’s intimate moments), as well as in terms of what it wants to achieve. I can’t safely say that Montage of Heck is a music documentary per se, as it’s not so much about the music of Nirvana (Dave Grohl isn’t even in it) but rather about the troubled life and relationships of Kurt Cobain. Nonetheless, it’s an interesting peek into the things that drew him to the underground culture, punk rock music, guitar playing, and music composing, writing lyrics, and even drawing. Through a series of audiovisual collages containing sound bites of Kurt and early recordings of their tracks, mixed with his drawings, poems, scribbles, notes, and some original animation, director Brett Morgen manages to recreate the feeling of what it must have been like to be in Cobain’s head – neurotic, emotional, creative, worried, constantly moving, always thinking, all in a never-ending cycle. Montage of Heck is one of the most solid pieces of work I’ve seen in a while: tight narrative, great interviews, rare and previously unreleased footage, original artwork, all put together in a really exceptional manner.

Bless all the music genres that came out of the UK. But the Manchester scene is something else! Music would be so much different today if it wasn’t for this city. 24 Hour Party People is a very special mockumentary that follows the -true- events related to the Mancunian indie record label, Factory Records, and the -not so true- events related to the record label’s head, Tony Wilson (played by Steve Coogan). The story begins in the late 70s with the last few years of the punk rock era and continues to the rave culture and electronic music scene of the 80s, up to the early 90s. As the film blends real with fictional events, it found a very imaginative way to integrate the audience into the music scene of this time and give the first-person-experience feel to it through its protagonist, rather than merely compiling interviews of people that lived through these times and are now sharing their stories. Admittedly, it’s not a film you’d want to watch if you’re interested in learning about this scene. However, if you’re already familiar with it, it’s a fun game to play with the film, trying to distinguish between the real and the fictional events – and that is the most interesting thing for me about it.

Probably the most thorough, well-researched, and most comprehensive docu-series about the birth and evolution of hip-hop in the United States. Hosted by rapper and broadcaster Shad, the series follows the beginnings of hip-hop in New York with Grandmaster Flash and Afrika Bambaataa and the advent of the first MCs, all the way to the genre’s divide (East vs West), its later waves and up to today – integrating personal stories with politics, social and racial issues. Although the docu-series is a series of interviews more than anything else, they are all really compelling and quite intimate. It’s kind of like listening to your grandma narrate stories from her youth, with all the excitement, emotion and nostalgia pertained. Shad is such a charismatic host that he manages to create great chemistry with most of the people he interviews, which makes it really easy and fun to watch, so I would highly recommend it to hip-hop noobs and veterans alike.