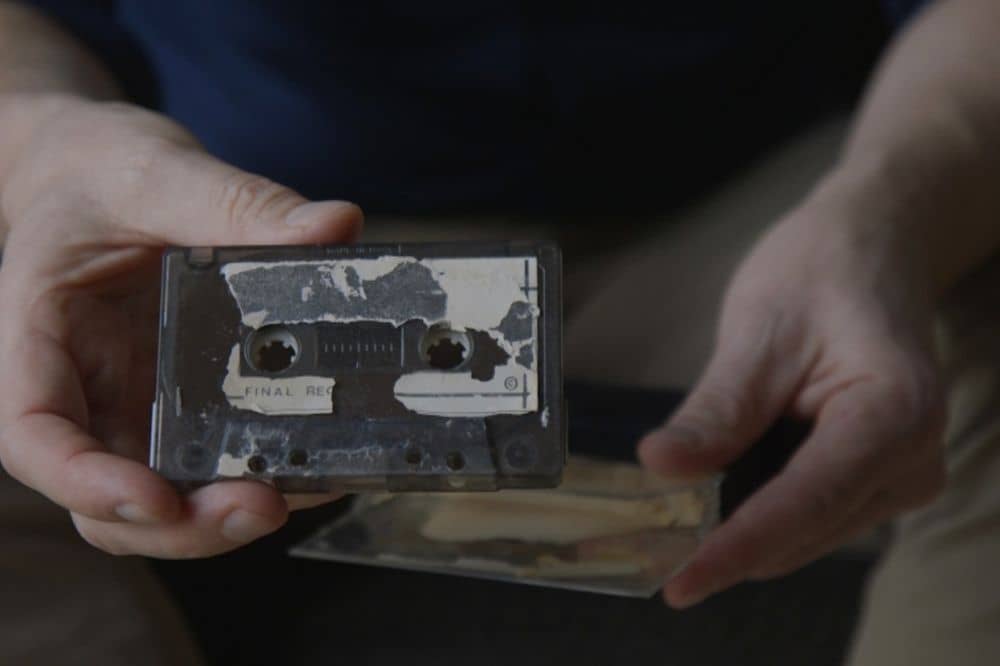 Director Katinka Schlette’s short documentary Diggin’ Demos follows a musician and a cassette collector as they revive and remember stories from the golden age of the 70s & 80s – the heyday of the medium, where musicians were first able to release their music by themselves .

Screening as part of IN-EDIT’s short film programme, Diggin’ Demos allows viewers to enter the niche world of cassette collecting in a film about preserving forgotten musical treasures. Here, Katinka Schlette gives us insight into the process she used to create Diggin’ Demos, its challenges, and more. 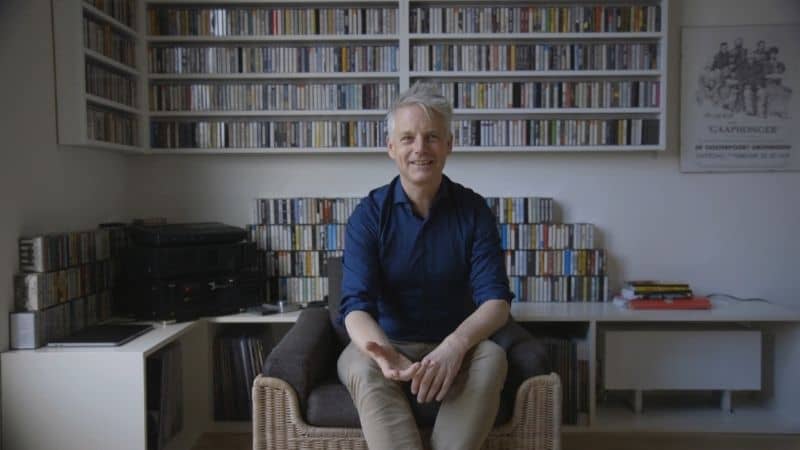 How were you first introduced to the film’s subject/theme?
An article in arts magazine Sena about this guy who collects demo cassettes from the 80s by mostly unknown and forgotten musicians. It struck me that this guy – whom I later got to know as Marco – was searching for the story behind every single cassette in his collection.

Why did you want to make this particular film about this particular subject?
I have a certain fascination for old objects and places that feeds into my films. I often think of them as having a soul – they carry stories that make them unique. When it comes to music I sometimes long for the period wherein albums were either played live or at home from tangible sound carriers. In this film I want to give a podium to the cassette: how its invention enabled musicians to start their own ‘music label’ and what uncovered stories and musical treasures cassettes hold when we dig.

How did you approach the narrative structure and final “look” of the film?
I knew this was going to be a film with more talking about cassettes than actually seeing the characters recording or collecting them. It was important to me that this ‘talking’ would not be stiff but lively and to able to give the viewer an idea of how it must have been to record demos in the 80s. I tried to achieve this by asking certain questions during the interviews and going for a dynamic rather than chronological narrative: Jumping back and forward between the collector and the artist as well as between the past and the present.

What was the most difficult aspect of completing the film?
There were so many cassettes with so many stories. At the beginning, I thought it was impossible to make a short doc about Marco and his collection. Should the film be about how he started to collect the tapes? Should I trace back the first boxes of tapes he got? Should I explore the story of the demo of Dutch artist Spinvis in his early days? I soon discovered the film’s main theme was to be the preservation of forgotten and unknown treasures and the spontaneity and energy with which demos were recorded in the 70s and 80s. That is when I decided to also film a musician behind one of Marco’s demos who could help me bring these things to life.

What is your favourite music documentary?
A classic and maybe a cliché answer but: Searching for Sugarman. I admire that film because of its clever narrative structure. And of course, Rodriguez’s life story is fascinating and his music is beautiful.