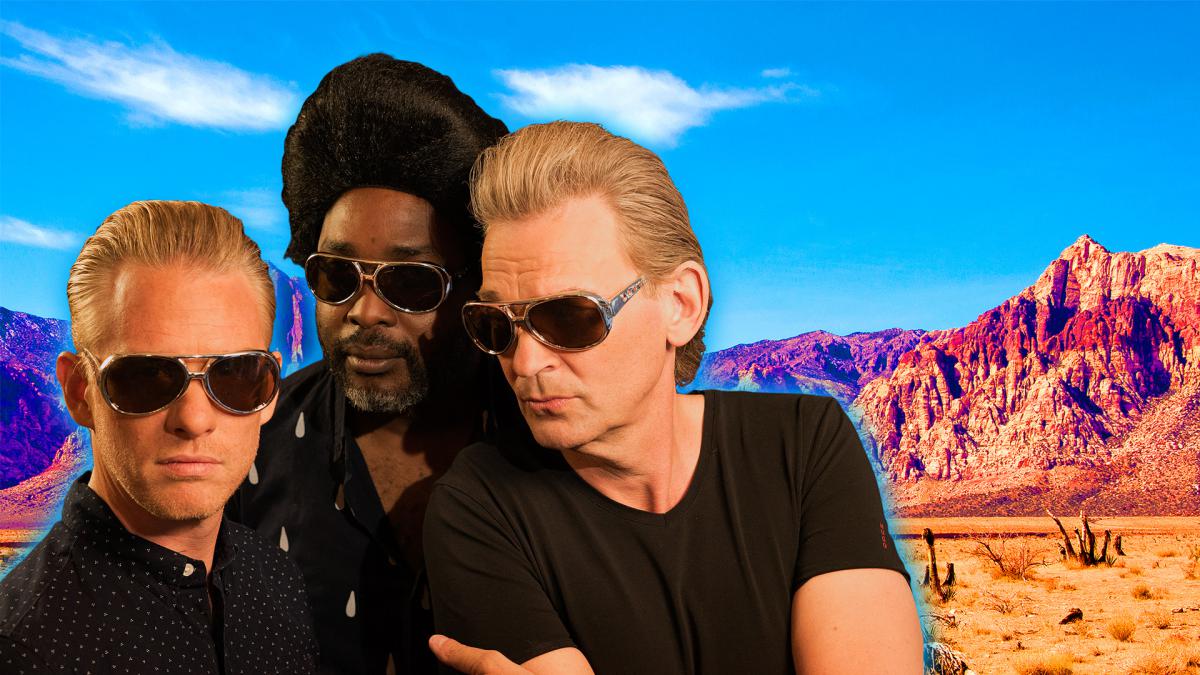 Who is Elvis? And who is he to me?

Elvis Presley never performed in The Netherlands. Dutch folks have been as far removed from Elvis as the Amish from guitar amps. But some of us have our own stories …

My half-brother’s dad was an American who was killed in an accident before my brother was born. Much later, after my mother had done the decent thing and married a new man before having two more sons, of which I am one, we visited the family stateside. Reluctantly, I came along. I was no fan of ‘gun totin’ cowboys and their shallow TV shows.’

When I met my brother’s Uncle Jack Cardwell, there were mentions of his singing career and TV work and we visited the studio where he still made his radio show. At home, Jack made us all sing Christmas carols and hymns that summer, ‘cause y’all won’t be here to sing ‘m with us at Christmas.’

Way back in 1955, on October 26, Jack had organised a concert with Elvis in his hometown. There’s a rumour that the line ‘I found myself in Mobile, Alabama at a club they call Big Jack’s’ in Guitar Man refers to Uncle Jack. I couldn’t vouch for this, of course. But there are always stories, built on the memories of those who felt the vibes in places that were turned into shrines after Elvis died.

And by these stories we know that Elvis lives.

In 2017, three Dutchmen changed hairstyles in hopes to bring us closer to Elvis. Matthijs van Nieuwkerk, Art Rooijakkers and Andrew Makkinga visited places in America and Japan in a music documentary made by Arjan Vlakveld called Elvis Lives! and discovered kitsch and candour among would-be kings and hairstylists in the worlds of karaoke and Las Vegas wedding chapels. A feel-good venture, for sure. More than that, Elvis Lives! is a joy to watch as it juxtaposes its lurid kitsch with quiet contemplation.

But does the story of Elvis, the boy born in a shotgun-shack, propelled from the church into pop culture with an assignment to lift people up, hold anything new? Is there anything yet undiscovered they can pull out of this deified sex-symbol’s life story? And is there still a way to distinguish between the corporate-owned myth and the man who longed to bring people joy?

What’s left of Elvis? When did we last see him, unobscured by the sun studio worshipers? When did we last see him beyond holy moments with killer sandwiches? When were we able to look past the glittery suits, into his soul? How do we even do this, distracted by karaoke kings and all those other lesser Elvi? Is it Elvi when there’s more than one? Or is it Elvises? And is that Elvisus or Elvisees?

And what have we learned that Elvis did not during a life cut short? There are things about him that are so poignantly human. And I daresay, you can’t love Elvis without appreciating the pain of that life, the wrong choices, that one awful record he made … Without diminishing the love you feel for him, in all honesty, what troubles you most about Elvis? You, men with appropriate hairstyles, where is Elvis in your world? And is there anyone like Elvis in our time? Are there new talents who represent, in their own way, what drove Elvis, what he stood for at his purest and most entertaining?

So, who is Elvis to me? I think he was always an echo coming to me from other people’s landscapes. He dominated a culture that my parents connected with. He was brought up from the soil that was spitting distance to my half-brother’s family. They built stages on that soil to raise him up. But it was never my world. Still, something in the stories told resonates …

I mentioned Elvis in a conversation recently and got a reaction I did not see coming. ‘Elvis who?’ they said. ‘Elvis!’ I replied. ‘Presley?’ they inquired. ‘Yeah!’ I said.

Does Elvis live among us anymore? If Elvis lives, it’s in those who have taken his spirit, his assignment, further, much further than he was able to do in his short lifetime.

So, stand up, spirit of Elvis, and be all you can be.

Always a storyteller in anything he does, actor, performer and writer Danny Butler thrives on visuals, ideas and unusual perspectives. A unique subject looks better against a clichéd background and vice versa.

As a presenter, Danny brings together thorough preparation and improvisation. When everything falls apart, you make that the art.