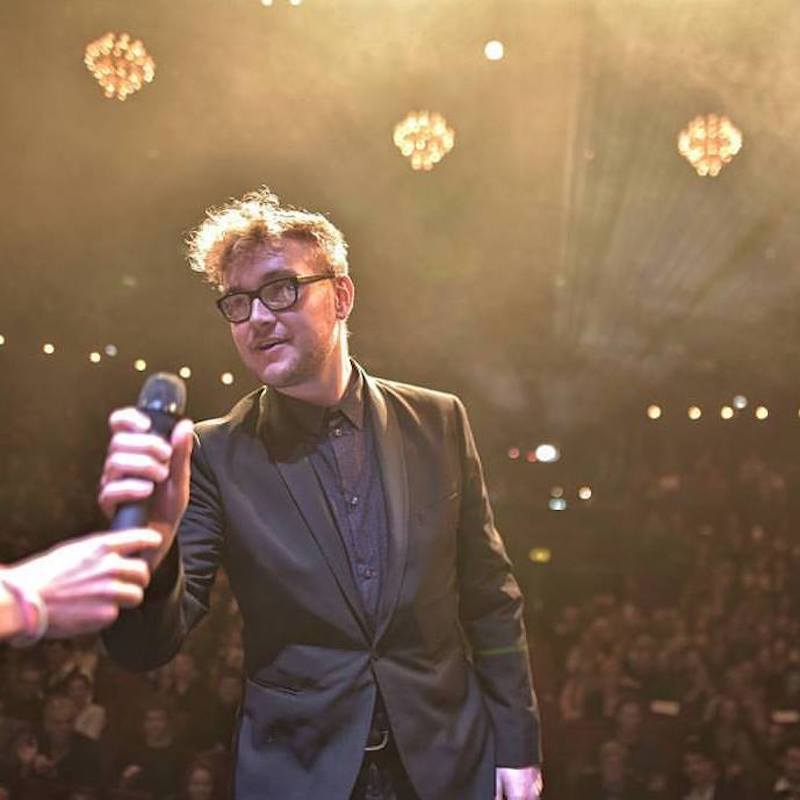 Director Dennis Alink has multiple films to his name, the last one being the music documentary, ‘Unknown Brood’, about the late Dutch rock and roll artist, Herman Brood. This year his new production, ‘Goin’ Rectal’, about the glam rock band Rectum Raiders will premiere at the IN-EDIT festival. We’ve asked the director/film critic to write something about his cinematic passion.

The music film is by far the most interesting genre in the world of cinema. At least it is to me. On the one hand there are two great cinematic elements which shape the fascination this genre brings to the screen. First of all: there is music. And music is pretty much always interesting. Andy Warhol’s most fascinating filmic work isn’t his 12-hour run of the Empire State Building or the 4 hours he filmed his partner sleeping. It’s when in 1966 he decided to simply film the Velvet Underground rehearsing. Being in a room with these specific musicians jamming and searching for their sound was all it needed to draw attention.

The second cinematic element which the music-film draws from is mystery. The urban-legends of music history, a gaze into a crazy world most of us will never experience and the nearety of a musical legend you might never grow to understand. It’s a world that makes you wonder. When D.A. Pennebaker shot “Dont Look Back” following Bob Dylans 1965 UK-tour he had one tension-enhancing enigma which encaptivates the screen; Bob Dylan. A man who wouldn’t even show up for the ceremony of his own nobel prize and whose only look inside his soul is the poetry he wrote. We can observe human mysteries in music documentaries. Take a look at people who are larger than life and see them become part of life again.

On the other hand the genre of the music documentary is very real. We might have the wonder of music, the idiotic world of the music industry and enigmatic or legendary characters; musicians are a door towards life itself. Screenwriting-guru Robert McKee states that good stories are always the equivalent of life itself. And although some musicians might be larger than life the very essence of their writing is about life. For a musician to become succesful they must create something of sincerety, something which tells us about themselves we otherwise could not grasp or understand. Will we ever come closer to the subject of depression than observing Kurt Cobain in “Montage of Heck”? Will we ever feel more emotionally bound towards someone who can’t handle their own identity and succes than we did while watching Pink Floyd’s “The Wall”? Will we ever get a better insight on the effect of pressure on a insecure woman than while watching “The Rose”?

Music is a spectacular opening into a world of extreme situations and private emotions. Just as the original horrorfilms (and the current post-horror films) explored the depths of the dark side of the human soul, the music film explores the unspoken sides of the human soul. And that, just that to me, is pure cinema.