Smack my PITCH up! The Pitch Sessions

Smack my PITCH up! The Pitch Sessions is the last part of the Industry Meetings programme. IN-EDIT invites young makers to pitch their music documentary projects in front of selected advisors, IN-EDIT ambassadors and audience. After a feedback round, there will be a winning pitch. Finalists will receive a workshop on their pitches with Koen Suidgeest, the award-winning Dutch documentary filmmaker. The winning pitch earns €500 in rental equipment, courtesy of Budgetcam AND a place in next year’s IN-EDIT festival!

From the applicants, a few projects will be selected to attend the IN-EDIT Pitch Session, which consists of a pitching workshop and the final pitch to the audience and advisors. During the workshop, the participants get to further develop their ideas through both group and one-on-one coaching, feedback rounds, and discussions with their peers. They then have a short time to describe these ideas to the advisors. After this short presentation, the advisors ask questions to help the makers better shape their idea into something more tangible and gives feedback on the strong and weak points of their pitch. This way, the participants get the advisors’ insight on their project while competing for the win: a secured place in our IN-EDIT 2022 programme.

Smack my PITCH up! is the newest addition to our IN-EDIT Industry Meetings programme. It’s an excellent way to promote young talent, network, and provide a space for new ideas to flourish. Through pitching one can communicate one’s plans to a relevant public, something that opens up the possibility of having other people joining in on the creative journey. As the event is open to the public, it’s the perfect opportunity to have the audience express their interest in a project and become part of the creator’s team.

Be aware that all applicants must agree with the terms and conditions. Due to the circumstances, the final presentations will be live-streamed, opening up to an even wider audience.

Smack my PITCH up! is part of our Industry Meetings programme, following the Panel Discussion. 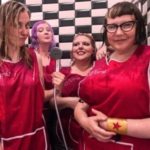 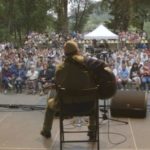 Stage Fright
Director: Gabriela Forfota
A Romanian immigrant returns home during holidays to find herself looking for her lost universe of folk music and to discover a life on stage she never really had. 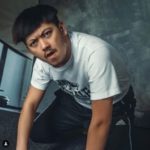 Too Much
Director: Jason Gwen
After 30 years Jason Gwen finally came out as a triple threat. We follow him embarking on his first world tour in the period where the media is shifting from the Black Lives Matter movement to the Stop Asian Hate movement. 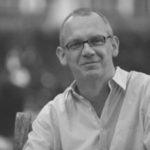 Koen Suidgeest
Koen Suidgeest is a documentary filmmaker, photographer, and teacher. His projects deal with human rights issues with a recurring focus on the rights of women in the developing world. Koen teaches filmmaking at a variety of universities, among which the Institute of Cultural Anthropology at Leiden University and is currently the president of the board of Leiden Shorts, a film festival in his hometown of Leiden. 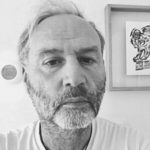 David Kleijwegt
David Kleijwegt was born in Rotterdam and started out as a rock journalist. In the 90s he contributed to the long-running VPRO documentary pop series Lola da Musica, for VPRO before becoming editor in chief. In 2006 he made his first standalone documentary called The Eternal Children, followed by You May Need a Murderer (2008). For VPRO he also directed a traveling series De Trek and Sahara. His latest documentary, Mister Soul: A Story About Donny Hathaway, was selected earlier this year for IFFR. During the height of the pandemic, he was editor in chief for the show On Stage. 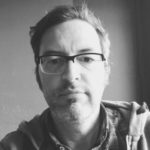 Johannes Klein
The head of programming of In-Edit International Music Documentary Film Festival at its Barcelona headquarters, overseeing the International programme of the different In-Edit Festival in the world. He is also Senior Festival Booking Manager at The Festival Agency in Paris, providing filmmakers and sales agents full consultancy services on International festival strategies and managing bookings from submissions to logistics and servicing. 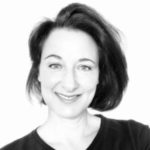 Hester Aalberts
After a puberty as a punk and studying Film and Television Sciences, Hester Aalberts (53) entered the film distribution industry. For 26 years she closed film deals with broadcasters, SVOD and TVOD platforms, Pay TV parties and cable companies in the Benelux. These deals include major films from Tarantino and Spielberg, commercial Dutch blockbusters, as well as obscure b&w docs from Japan. After the decline of the local film distribution industry due to the arrival of global players such as Netflix and Amazon, she switched to a publishing house. In her spare time she visits national and international music festivals and writes as a journalist and reviewer for the magazine OOR. 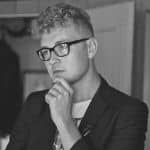 Dennis Alink
Dennis Alink (1989) is an Amsterdam-based filmmaker who works in both documentary and fiction. His feature-length documentaries Sluizer Speaks (2014) and Unknown Brood (2016) both premiered at IDFA. In 2018 Dennis released his third documentary Goin’ Rectal and in 2019, his fourth, Freek. Dennis’ films are driven by artistic motivations and the interest to explore the possibilities and borders between fiction and documentary.

We’re just a few days away from IN-EDIT’s 2021 Smack my PITCH up! The Pitch Sessions. Make sure you SAVE the Youtube Livestream so you are guaranteed access!

If you would like to attend Smack my PITCH up! The Pitch Sessions at Het Ketelhuis as an spectator, please register here: