Expert Talks: lectures from the comfort of home

A series of webinars, online streamed talks or lectures linked to music and the visual arts

The Expert Talks is a new addition to the Industry program. A series of webinars, online streamed talks or lectures that are accessible to everyone that is interested, from the comfort of their own homes. IN-EDIT is bringing you experts who are in many different ways linked to music and the visual arts and the chance to interact with them.

Expert Talks is part of our online Industry Meetings program. 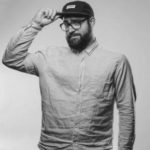 Juan Behrens: Sunday 20th June at 12:00h
Juan Behrens is the Animation & Creative Director at MediaMonks Animation. He has worked as a motion designer and animation director in a studio in Los Angeles, an Ad agency in Dubai, and freelance in Mexico City, for studios, agencies, talented people around the world.
This will be a presentation about creativity and adaptation in teams of audiovisual experts. 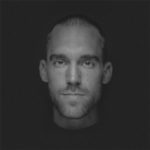 Jarl Hector: Sunday 20th June at 13:00h
Jarl Hector is widely experienced as a creative producer and music supervisor. He was responsible for delivering campaign music for Bol.com, Samsung, Diesel, Plus Supermarkt, Volkswagen, Bavaria and Vodafone. As well as the soundtracks for movies like Soof 2, Weg Van Jou, Wat Is Dan Liefde and many more.
We will receive a lecture on the basics that all music documentary filmmakers must know about music rights. 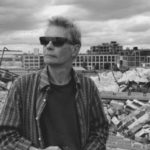 Julien Temple: Sunday 20th June at 14:00h
Julien Temple is a multi-award-winning film director with a special interest in punk and cult music of the UK. In 1976 he released his first film Sex Pistols Number 1 which launched Temple into a career where he worked with the Rolling Stones, David Bowie, and the Kinks as well as many others. At In-Edit 2021, Temple has two films screening, including opening film Crock of Gold: A Few Rounds With Shane MacGowan and Ibiza: The Silent Movie.
We will chat about his other great career as music videos maker in which he worked in videos for artists such as The Rolling Stones, Iggy Pop, Whitney Houston, David Bowie, or the Kinks as well as many others. 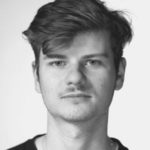 Hugo Emmerzael
As a critic, programmer and journalist specialized in cinema and music, Hugo Emmerzael has always been interested in the intersections of popular culture, underground scenes, and boundary-pushing art. Hugo is a programmer of CinemAsia Film Festival and Netherlands Film Festival. His writing has appeared in MUBI Notebook, Senses of Cinema, Gonzo (circus), De Filmkrant, and VPRO Gids.

Check the videos of the Expert Talks on our YouTube channel: