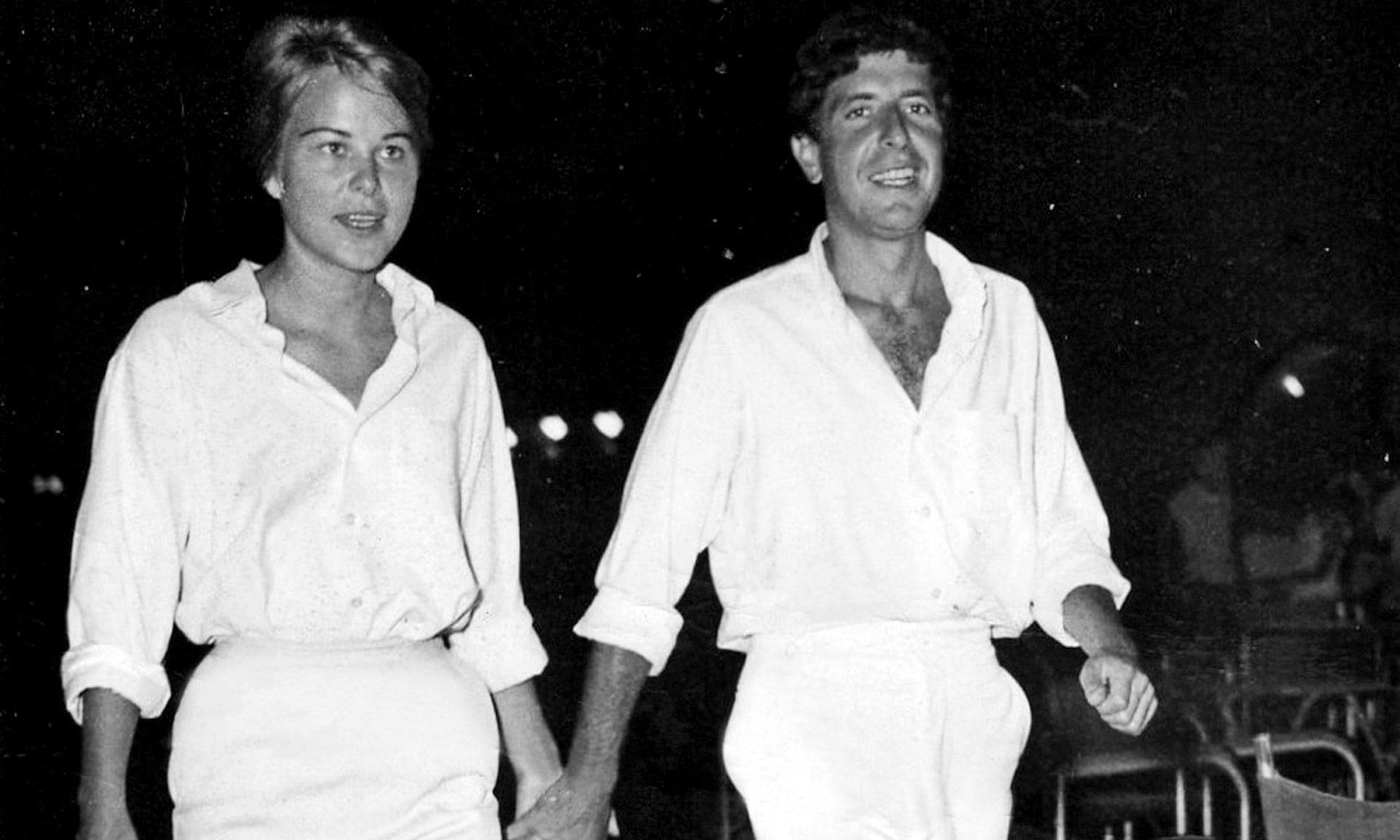 Your T-shirts and your evening wear

As for the world, the job, the war

I ditched them all to love you more

When Leonard met Marianne he could not imagine the impact that this woman would have on his art and his life. Such profound and deep love, such inspiration, emotions that anyone would be jealous of. Even though their ways parted after a 7 year relationship, it seems that their love never died. But what was Marianne to Leonard, exactly?

Marianne Christine Stang Ihlen was born on 18 May 1935 in Norway. A creative soul, she aspired to be an actress, to which her family was very discouraging. She fell in love and married against her parents’ will to the Norwegian writer Axel Jensen. Together they fled to Hydra, a “heaven on earth” that many artists of the time chose as their inspiration sanctuary.

It’s September 1960. A young Jewish struggling writer from Canada buys a house on this small Greek island with the money he inherited from his grandmother. He hopes to find that exact same inspiration that all these artists were talking about. And that’s when Leonard Cohen met his muse.

But what does it mean to be a muse? To be loved so deeply by an artist that you would be their reason to create. To love them in return, so their ego is satisfied. To provide for them, so that they won’t have to be troubled with grocery shopping, cooking, or keeping their house clean. The artist’s muse for decades was far from a romanticized idea. The partners of great artists had to put themselves aside for their other halves to have room to shine. Marianne was probably one of the last authentic muses, in that sense. She was taking care of Leonard while he was focused on his writing, providing for him and loving him. And Leonard loved her back, with all his being.

Such love can only last forever. And for this one, there is solid proof. The email that Cohen sent to Ihlen on July 2016 after hearing about her sickness reads:

I’m just a little behind you, close enough to take your hand. This old body has given up, just as yours has too, and the eviction notice is on its way any day now.

I’ve never forgotten your love and your beauty. But you know that. I don’t have to say any more. Safe travels old friend. See you down the road. Endless love and gratitude.

Nick Broomfield talks with such sincerity about this love. Having loved Marianne himself (they were in a relationship for a year) and having also experienced the life on Hydra, he brings us a documentary that brings this kind and loving woman in the spotlight. A loving mother, a giving wife, a patient partner, a boheme soul. If you make it to the end without feeling your eyes getting wet, you deserve some sort of medal!

*Marianne and Leonard: Words of Love (2019)  is out on Dutch cinemas today. Not to be missed!