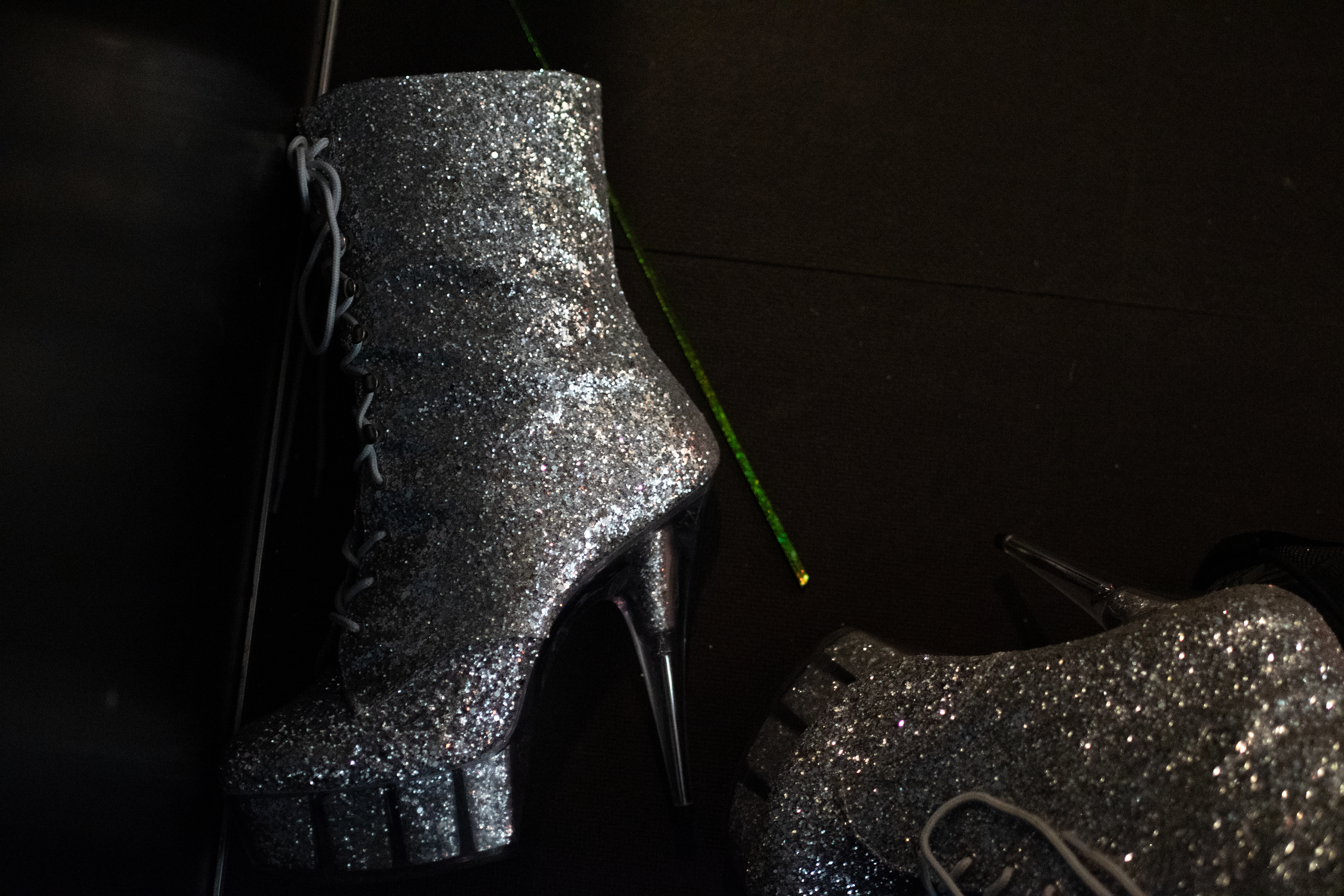 All good things come to an end. This year’s IN-EDIT has come and gone, with more films, more music, more performances and more visitors than the previous year. Come clouds or shine, the audiences were there to watch the musical journeys from people all around the world, discover new genres and instruments and most importantly, celebrate music in all its forms.

After Diego Pascal Panarello’s film and mouth harp performance at the opening night, it was clear that this wasn’t going to be just another film festival. The live performances were an important part of the program, always matched to the theme of the films: Robbing Banks after “Cheesehead Blues Re-Cut”, YVES after “Mr Probz: Against the Stream”, El Legado de Peret after “Peret, Yo Soy la Rumba”, Moon Moon Moon after “Eyes Stop Growing”, Fata Boom after “MATANGI/MAYA/M.I.A.”, and an acoustic set by the Muff at the foyer on Saturday after the screening of “The Rolling Stones Gimme Shelter”. Now, if you add the crazy DJ sets by legendary Don Letts, DJ Mairo Nawaz (resident at De School) DJ Wap Shoo Wap, DJ Ryad, DJ Oscar Smit, DJ m-Sebastian you get a colourful mix of music influences which made us dance and move our bodies through the nights. The new talent stage on Sunday noon at the terrace of Het Ketelhuis inspired us as young bands took the mic and played their best music to the people that were enjoying the sun.

But it wasn’t just music that was in the air. There were discussions, talks, friendly debates and heated conversations, not only during the multiple Q&A sessions, always moderated with respect by important people of the film or music industry in this country, but also at the foyer of the cinema, after the screenings and the panel discussions. The films were a great excuse for the audience to talk about the issues of today, if there is a need for a new punk revolution, how the music industry can make or break an artist, how important it is to keep your identity alive in your music and many more subjects. The industry meetings, with the Crossovers presentations, a Panel discussion and a Speed dating session echoed that need for communication. And the festival this year made sure that no one was feeling left out, including Dutch Sign Language interpretation to the Q&As, in collaboration with the Stichting Welzijn Doven Amsterdam (SWDA), and thanks to the help of the GGD and the organizers of the Silver Screen Film Festival, we reached out to the 65+ via the Stadsdorpen.

With collaborations with IDFA, Melkweg Film, Red Bull Media House together with Eyeforce, Cineville, We Are Public, SUBBACULTCHA, De School, Fred Perry and Los Extremos, the selection of films was as diverse as its audience. From Blues to Disco, from Rumba to Reggae, from Punk to Salsa and from Metal to Rap, there was something for every taste. The “Shine on you, Crazy Diamonds” theme of this year was the motivation for bringing to the screening rooms a combination of older gems, like “The Devil and Daniel Johnston” or “Punk in Paradiso” and the newest releases for example “A Dog Called Money”, the documentary about PJ Harvey’s upcoming album or “Eyes Stop Growing” about the wonderful music of Mallorcan musician Miquel Serrá. The national section of the festival was also quite diverse, with Jan Doense eventually getting the audience award for his musical adventures in the US in “Cheesehead Blues Re-Cut”.

This year two new sections were introduced in the film program: IN-EDIT KIDS, with the screening of the film “Los Bando” targeted to younger audiences, and IN-EDIT In Short, with a selection of short documentaries produced in the Netherlands. Also, during the time of the festival a small photo exhibition was set up on the upper floor of Het Ketelhuis with photos taken by Jan Doense at concerts that he has attended over the years.

It’s crazy to think how many films, events and above all how much music can fit in 4 days. But that craziness is exactly what defines IN-EDIT. And keep in mind that the crazy diamonds always shine… So, see you next year!

Check our Facebook page to see the photos by our skilled photographers Anna VF,  Rita Boleiro and Karly Zaldívar!!
This site uses cookies: Find out more.