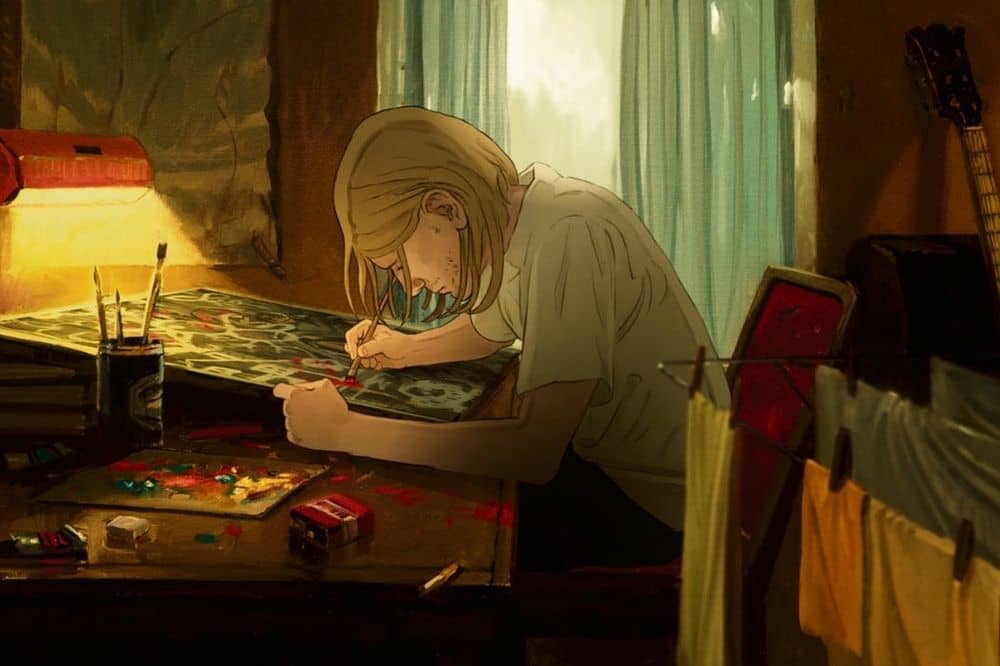 With such a unique take on the genre, we thought we would look at a handful of other music documentaries that have utilised animation in their narratives, whether out of necessity or as a means of internal/external juxtaposition. Here are three examples:

From 2015, Brett Morgen’s Kurt Cobain: Montage of Heck is the go to biography of Nirvana’s tortured frontman. A mix of archival footage and animation, Kurt Cobain: Montage of Heck also includes artwork from Cobain himself. Animators Stefan Nadelman and Hisko Hulsing created de facto music videos using a combined style of traditional single cell and motion graphics. Director Morgen adopted a revolutionary take on animation in his 2002 film The Kid Stays in the Picture, but with Kurt Cobain: Montage of Heck he expands on its use. Here, some of Cobain’s most personal, intimate stories are presented in vivid colour wit multiple styles juxtaposing Cobain’s inner torment with his outward reality.

Malik Bendjelloul’s Academy Award winning Searching for Sugar Man uses select animations as a practical solution to the fact that its protagonist had no archival footage. Prior to age 56, ’70s Mexican-American musician Rodriguez was rarely filmed, so Bendjelloul needed to find a practical way to depict stories from his earlier life. Here, animators Oskar Gullstrand and Arvid Steen provide flashes of animation, which combine with the film’s more prominent Super 8mm add a warmth to a film, and a genre most often overly clinical in presentation.

The Winding Stream – The Carters, The Cashes and the Course of Country Music

A story of the first family of American country music, The Winding Stream – The Carters, The Cashes and the Course of Country Music tells the story of June Carter and her sisters. Much like Searching for Sugar Man, animation is a narrative necessity here as limited footage exists of The Carters. Enter Oregon-based animator Mike Olson, who director Beth Harrington enlisted to break up the monotony of the existing, and dated, photographic material. Both light hearted and slightly absurd, Olson’s animations provides the subliminal subtext of a story already difficult to believe.