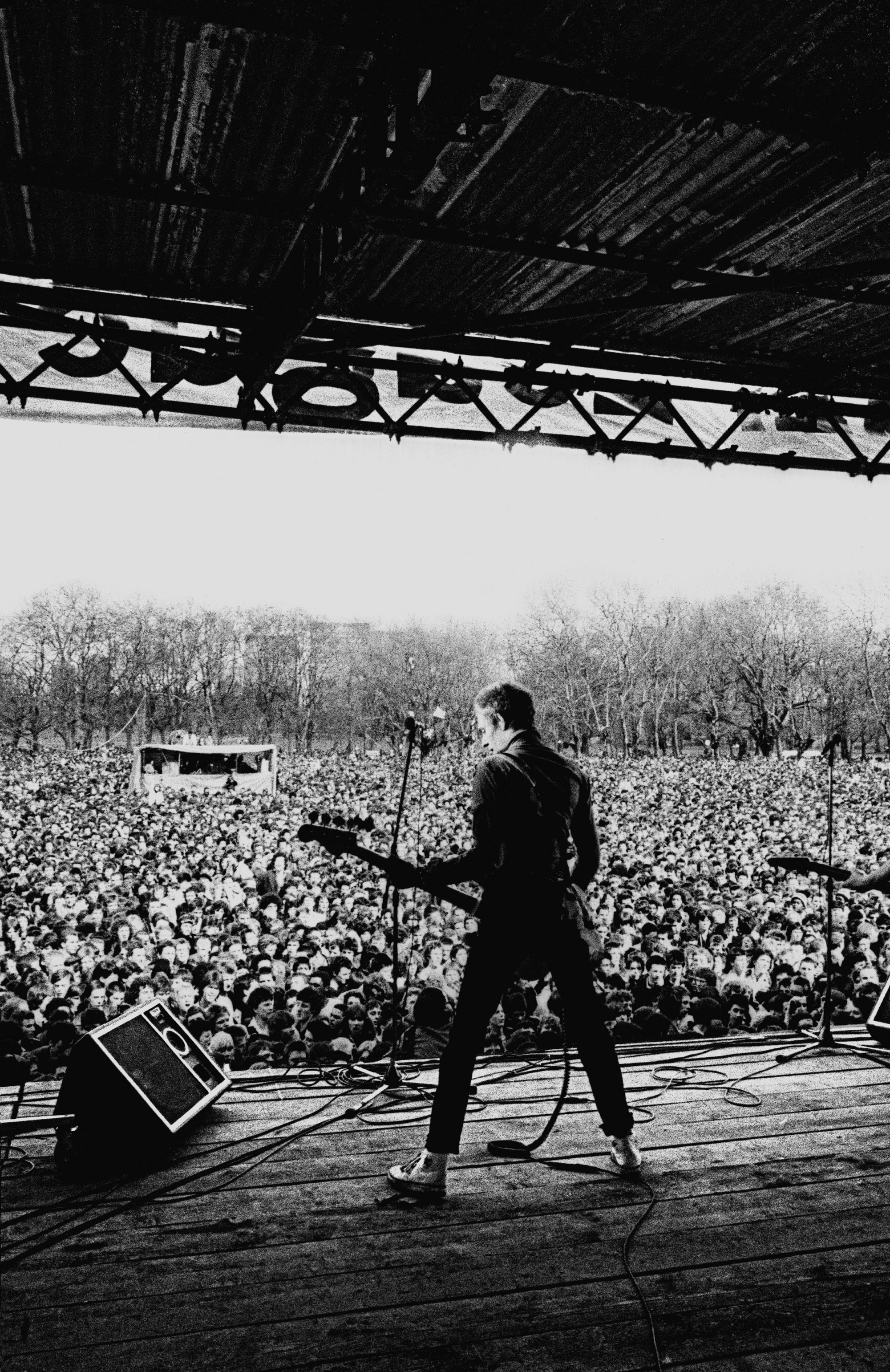 A pivotal story within the history of British music, that is often forgotten or unknown, was the rise of punk rock against racism. This included the founding of Rock Against Racism (RAR), a movement that formed in the late 70s in response to the alarming increased support for the Neo-Nazi National Front. Violent racist attacks were rising on the streets of Britain and tensions were at an all-time high as many immigrants lived in fear, especially with the increased success of the National Front at the ballot box.

The RAR movement was founded and spearheaded by Red Saunders (rock photographer and activist), Roger Huddle, Jo Wreford, Peter Bruno among others. According to Huddle, it initially “remained just an idea until August 1976”, when at his concert in Birmingham, Eric Clapton made a declaration of support for the controversial Conservative politician Enoch Powell and his infamous anti-immigration “Rivers of Blood” speech. Among various racial slurs, Clapton declared to his audience that England had “become overcrowded” and that they must vote for Powell to stop Britain from becoming “a black colony”. All before repeatedly chanting the National Front slogan “Keep Britain White”. Clapton’s racist remarks may have simply just been seen as a drunken outburst if it wasn’t for the social and political context surrounding his actions.

A month before Clapton’s concert, Gurdip Singh Chaggar, an Asian teenager, had been murdered by a gang of white youths in Southall. John Kingsley Read, leader of the National Front, responded to the event stating, “One down – a million to go”. Among other events, included David Bowie claiming that “Adolf Hitler was one of the first rock stars”, in an interview with Cameron Crowe for Playboy, where he also explained how “the only way we can speed up the sort of liberalism that’s hanging foul in the air… is a right-wing totally dictatorial tyranny” and that “yes I believe very strongly in fascism”. With such events all occurring within months of each other, it was clear that Clapton’s comments were both provocative and potentially incendiary.

Such racial provocation demanded a strong and swift response. What started with an open letter to NME from Saunders, Wreford, Bruno and Huddle stating their vehement opposition to Clapton’s beliefs, quickly grew into the RAR movement with local groups forming across the country and the revolutionary fanzine being launched in 1976. Punk rock became the sound of the movement, a genre infamous for its political and anti-establishment lyrics that promoted a culture of youthful rebellion. And so, punk rock found its purpose within society destined to protest against the tense race relations in Britain and create an inclusive space for all.

In the build-up to the 30th of April, 1978 and what would become an historic day for both RAR and Britain, RAR protest gigs were popping up all across the country in venues as small as pubs and would become a space for jams for both black and white musicians to perform together. This first started at the Princess Alice pub in the East End of London on November 1976, with Carol Grimes and Matumbi as the main acts. And so, this all amalgamated to over 10,000 people marching from Trafalgar Square to the London’s East End (a National Front hotspot) on the 30th of April, 1978 and a further 90,000 joining them for a momentous day at Victoria Park, an open-air concert that featured The Clash, Steel Pulse, X-Ray Spex, and Tom Robinson Band. These punk rock bands were all united under the same cause for RAR, which saw people from all backgrounds gather in this shared space to stand together and protest against racism, which was rife in Britain.

The immediate aftermath of this event signified the huge importance of the RAR movement. In the following week’s local elections the National Front failed to secure any seats, also leading to a dramatic decline in support as the National Front only managed to secure 0.6% of the overall vote in the general election of 1979. Following from this, the long-standing legacy of punk rock against racism can still be seen today. The RAR movement demonstrated the power of music and the influential role it can have within society and even politics. The alarming rise of far-right nationalist movements all over Europe today, highlights the deep racial divides still entrenched within society, and so further action is still needed to bridge these racial divides. Echoes of the RAR’s movement can perhaps be seen in Dave’s (British rapper) recent Brit Awards performance where he called out the British Prime Minister, Boris Johnson, for being “a real racist”, demonstrating the power of music to expose such hidden truths. It is clear that the RAR was an essential movement for tackling race relations in Britain and showed how music can unite people from all backgrounds.

*”White Riot” (2019) directed by Rubikah Shah is officially part of the IN-EDIT 2020 program as a Dutch premiere. 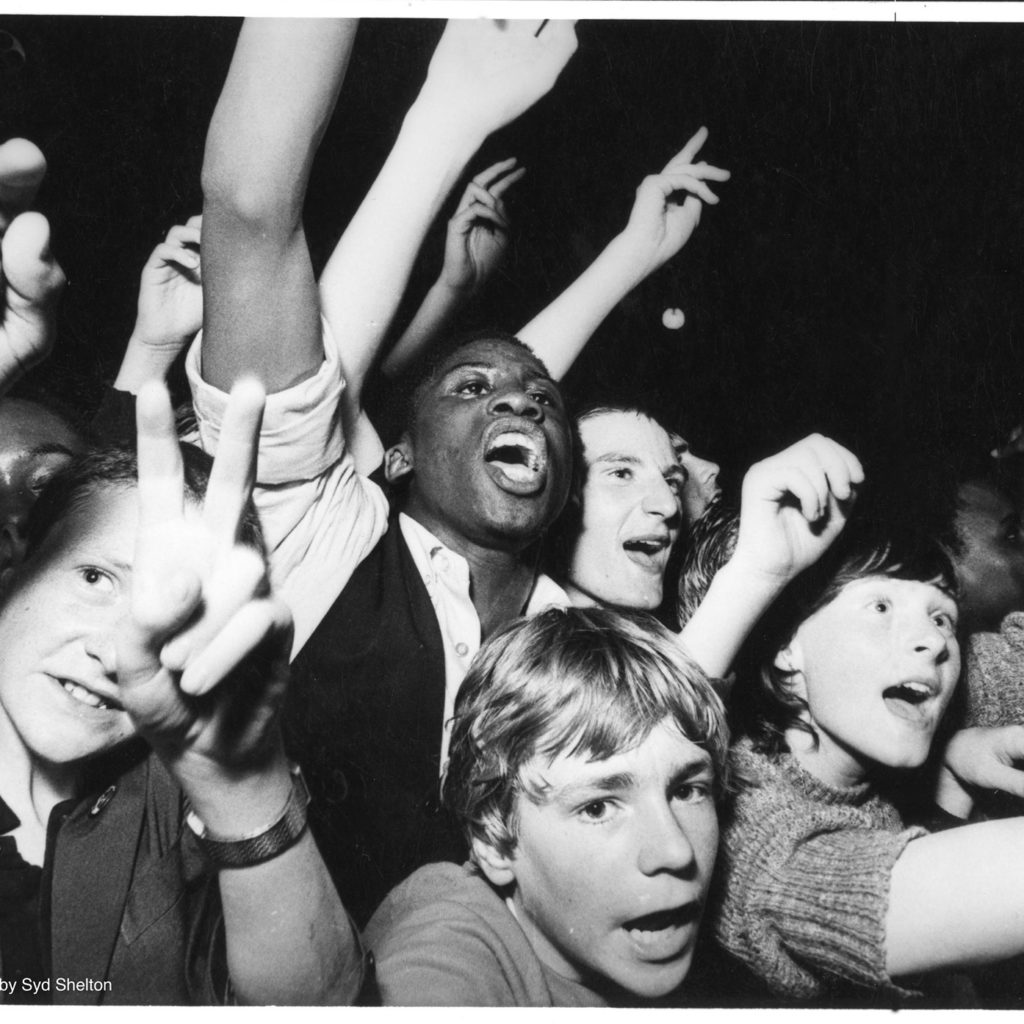