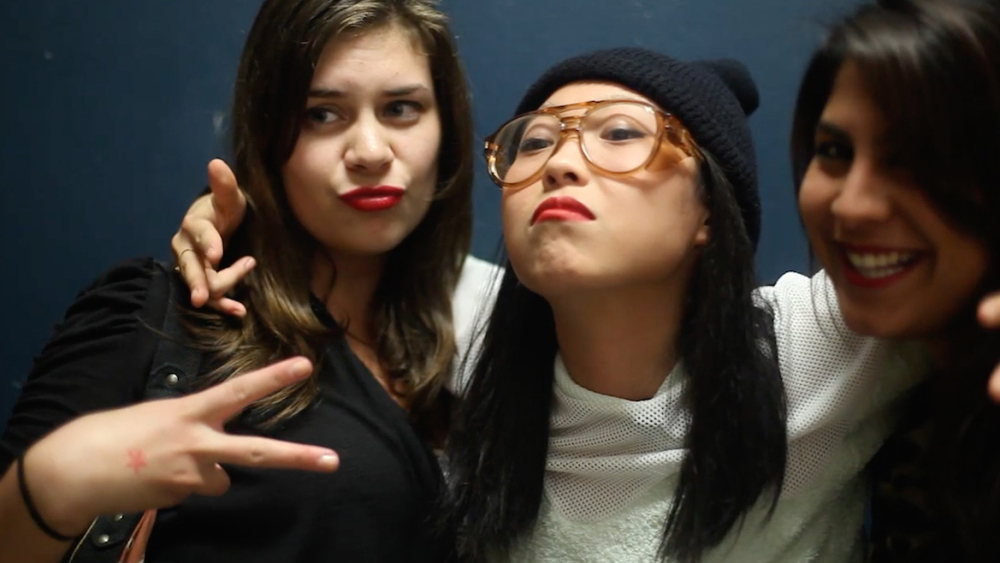 Picture this: It’s a cold night. Your mind’s made up; you’re not going out tonight. You’re scrolling through your Netflix list, but nothing seems to satisfy you. Well, we’re here to save your night! We’ve compiled this list of music documentaries you can find online (some for free, some on demand) to quench your thirst for some good music and great film. Give them a watch and tell us what you think! Do you agree with our list? Do you have other suggestions?

Fyre: The Greatest Party that Never Happened (2019) Watch on: Netflix

Never was there a first edition of a music festival hyped so much as Fyre. With rapper Ja Rule as a founder and many social media influencers promoting it from quite early on, the festival was destined to succeed. So why was this long awaited event postponed indefinitely? A story of fraud that takes you behind the scenes of music festivals organization.

Metallica: Some Kind of Monster (2004) Watch on: Netflix

If you haven’t yet seen this now classic doc, then don’t waste any more time. While preparing their newest album, Metallica are faced with what seems the lowest point in their career: longtime bassist Jason Newsted quits, the tension between the band members is evident and their management hires a “performance enhancement coach”, all while guitarist James Hetfield is battling with his addictions. Bonus: The makers released a 25-min special celebrating the doc’s 10th anniversary in 2014, also available online.

For our Dutch Speakers, this 3-episode documentary will take you on a dance journey. From the first illegal raves to a worldwide phenomenon, you’ll get to experience 3 decades of Dance music. How did the Dutch music scene change over the years, who were the people behind all the great events, and what impact did the Dance scene in the Netherlands have on the rest of the world? This award winning documentary is recommended to everyone that’s intrigued by this country’s most popular music export.

The documentary that signified The King’s return to the music industry after almost 2 decades of acting on the big screen. Although technically this is classified as a concert film, it definitely offers an insight to what it means to be Elvis. He was a true rock and roll star, captivating and wonderful, performing in his natural habitat: Las Vegas. Most recommended, even if you never really were an Elvis fan. Although that’s surely about to change after watching this film.

We’re still trying to get over the extravagant live performance of the Rectum Raiders during our first edition of IN-EDIT. And that was already two years ago! Do you keep on believing in your boyhood dream? Or do you defer into adult life? And what is that dream exactly? Goin’Rectal follows a group of millennials that no matter what are in search for success. In their search they ask themselves the question; when are you successful anyway? What is it worth? Unfortunately the online version has no English subtitles, but it might be a good opportunity to put your language skills to the test!

Behind every successful man there’s a strong woman. And behind every successful frontman, there’s some insanely talented backup singers. These ladies have been supporting some of the greatest stars in music history yet their names remain unknown to the average audience. This documentary won the Academy Award for Best Documentary Feature at the 86th Academy Awards in 2014, making it an instant classic of its genre with many awards to follow.

Bruk Out! A Dancehall Queen Documentary (2017) Watch on: Vimeo

Another doc from our IN-EDIT archives, also shown during our first edition in a sold-out screening. Although more focused in dancing, this documentary sheds light on the Dancehall scene in Jamaica and gives us a glimpse of how this hyper-sexual dance grew from ghetto waltz to a global phenomenon. Where comfortable clothes, you’ll definitely want to try some of these moves out after watching. Don’t say we didn’t warn you!

Do you know “Apache” by The Incredible Bongo Band? Well, maybe not by name, but you’ve surely heard it in songs by Afrika Bambaataa, L.L. Cool J, Nas, The Roots, Moby, Missy Elliott, Jay-Z and the list goes on. So how did this obscure song that failed to become a hit become the most sampled song in music history?

The American hip-hop industry is a tough business. Especially if you’re not “one of them”. Dumbfounddead, Awkwafina, Rekstizzy and Lyricks are all Korean-American hip-hop artists trying to make it in a scene that treats them as outsiders. Without focusing too much on the boundaries set by the artist’s heritage, the film shows the struggle to create a niche within the genre and chasing your dreams even when it seems that everyone tries to put you down. One for the thinkers out there.